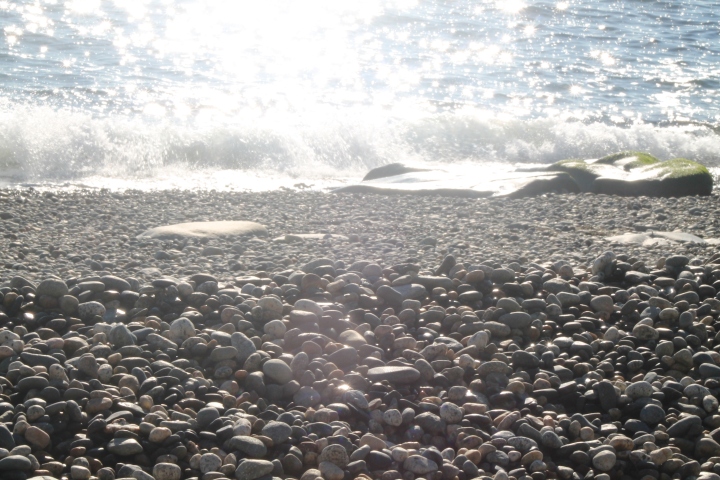 March 11, 2014 marks the third anniversary of the deadly Japanese earthquake and tsunami that claimed 20,000 lives, and the explosions that caused three reactors at the Fukushima Daiichi power plant to melt down, releasing radiation into the surrounding area.

Chernobyl had a nuclear melt down in 1986 that is still releasing radioactive isotopes today. All of the animals, birds, insects, plants, fungi, fish, trees, and humans examined were all damaged. Many permanently.

Almost one million “excess” deaths have resulted from the Chernobyl fallout in the first 19 years. Where 80% of children in Belarus, which received concentrated fallout, were deemed healthy before the incident, only 20% were well afterwards.

TEPCO, Tokyo Electric Power Company, the operator of the nuclear facility in Fukushima, admitted in August 2013 that 20 – 40 trillion becquerels of radioactive material have entered the nearby Pacific Ocean.

Caesium-137, Strontium-90 and Tritium are still leaking into the ocean in large quantities. Algae, seaweed, fish, and then sea mammals and humans are consuming the sea life. The radiation is being added to as it goes up the food chain. It will be three hundred years before the initial releases of radioactivity are gone, and further releases are ongoing today.

Caesium-137 accumulates in plants, fruit and veggies, and was a large concern in lakes near Chernobyl. In tests, 140 MBq per kilogram in dogs brought death in 3 weeks. Smaller amounts caused infertility, cancer, and also death.

Strontium-90 is a “bone seeker” and can cause bone cancer, leukemia, thyroid cancer and other cancers.

Thyroid abnormalities were detected early in Belarus residents, and a recent peer-reviewed paper confirms hypothyroidism in newborns in California, where the mothers were pregnant during the early releases of radiation from Fukushima.

Medical authorities in the Fukushima area are also reporting that thyroid cancer has seen a significant rise among local children and young adults.

Some say there is no concern because Chernobyl had more radiation, and most of Fukushima’s radioactivity was blown out into the Pacific Ocean. Others say there’s only more cases of cancer because more people are being tested, and with better equipment. CNN just reported that the radiation presents “…little hazard to those outside the closed zone…”.

Prolonged exposure to low levels of radiation is the question unanswered.

Natural background radiation from cosmic rays, and sources in the air and rocks, is 2 – 3 millisieverts, depending on the area tested.

The World Health Organization and other UN agencies raised the allowable annual radiation exposure from one millisievert up to 20 soon after the meltdown.

Three reactors in Fukushima were running on March 11, 2011. The explosions blew the walls and roof off one of the buildings. There are 1,573 fuel assemblies in the pool there, each holding up to 80 fuel rods. All have to be moved to a safer place. They are kept cool by flushing them with 400 tonnes of water every day. That water is then laced with radioactivity.

The cooling water is pumped with a filter, caesium is taken out while other radioactive substances stay in the water. Then it’s pumped into storage tanks up the hill above the power plant. At 300 tonnes every day.

Japan is an earthquake area and another quake could rupture the storage tanks.

As well as the pools and rods, the molten cores of the reactors have to be dug out, because the radioactivity is mixing now with cladding, steel and concrete. They need to be broken up, sealed in steel containers and moved to a nuclear waste disposal site. That’s not even being started until after 2020.

On top of that, because the reactors are at the bottom of a hill, the groundwater runs downhill and seeps into the cracked reactors, becomes contaminated, and then leaking unfiltered into the Pacific Ocean.

CNN reported on February 20, 2014 that TEPCO, admitted to a leak but doesn’t believe any leakage of radioactive water went into the Pacific Ocean.

A senior employee at TEPCO, has stated anonymously that 300 tonnes of contaminated groundwater leaks into the Pacific Ocean every day, and that there is no technology available to deal with the melted fuel.

Japan is solving that problem by seeking to pass a law stating that information regarding Fukushima and radiation leaks are a state secret, and that whisteblowers and journalists may be imprisoned.

We aren’t getting clear and open information.

Why don’t they print what the level is now, six months later? Why not print what the exact amounts were last June? What does “well below the limits” mean, and what are the limits they’re referring to?

Why does Time.com say radiation won’t hit the west coast until April, and then add it “…shouldn’t be enough to pose a threat.”, while The Province said it was detected on the west coast of Vancouver Island in June 2012? Detected by whom and how much?

Why are sudden nosebleeds in Japanese citizens reported as being because they are indoors too much?

Why aren’t governments testing water off the west coast?

Surely the die-off of marine life, and increase in hypothyroid cancer, nosebleeds, lack of coordination and inability to be alert, can’t be blamed on “harsh winter weather”.

A personal radiation detecting device is a good little item, but if it’s of concern to the basic citizenry shouldn’t it be something the elected officials carefully monitor?

I sincerely hope that there’s a quick clean up and no affects. But it’s pouring into the ocean according to some sources, and the currents are moving.

My condolences to all those affected by the earthquake and tsunami on March 11, 2011, and the explosion and meltdown of the nuclear reactors at Fukushima.

Water woe, water woe
all life will go
where the dead water flows

Thank you to Elaine Supkis at Culture of Life News and Brian Pourier Photography.