A 3 minute synopsis of an interview with Mike Maloney, author, creator of the documentary series Hidden Secrets of Money, and founder CEO of GoldSilver, and Peter Schiff, author, CEO and chief global strategist of Euro Pacific Capital, and founder and Chairman of SchiffGold.

People don’t realize what’s coming because of the stored up energy that came from the manipulations that were done to the economy.

Peter spoke with Ben Bernanke at an event recently, and believes Bernanke has no idea of the Federal Reserve’s culpability in the housing bubble or the ensuing financial crisis of 2008. Bernanke denies the Fed had anything to do with the crisis, and he said it was coincidence that the US had the crash, a housing bubble and very low interest rates.

The mistakes the Fed made in the aftermath of that crisis are far worse and far bigger than the ones that had caused it.

Mikes says Bernanke’s overreaction was far greater than Alan Greenspan’s overreaction to the NASDAQ crash. As a result, unfortunately the crash in our future is going to be far larger than the one that we just experienced.

There are indicators and they’ll be going up, and then suddenly one or two start to point down. Then more of them point down, then things roll over and there’s a crash.

Many say that no one saw the crash of 2008 coming, but there are many who watched these things and did see it coming.

Both Mike and Peter were watching, and predicted the real estate bubble, but Bernanke denied there was a bubble even after it burst.

(I was watching and songwriting about it before it happened too — “(Rise and Fall of Empires) We Know How it Goes” and “Gods of the Copybook Heading”  were written before the crash).

Here’s a graph of an indicator from the Fed’s website:

Peter says the air is coming out of the bubble because the Fed paused its QE.

That’s going to be a shocker. It’ll send shock waves through the currency markets and bond markets.

They’ll have to see that the Fed’s recovery didn’t work and Ben Bernanke isn’t a hero — all he did is exacerbate the problem by creating fiat currency and postponing the day of reckoning.

Mike says nothing that created the bubble has been addressed. The big banks are now bigger.

Peter says If they were too big to fail in 2008 they’ll be “even too bigger” to fail in 2016 and the government will have to do everything they can to keep the bubble inflated.

There’s an illusion that it’s temporary but it’s going to be a major event for the currency markets when people realize that it’s QE to infinity and they have to stay at zero in perpetuity.

The debt is so enormous that the slightest increase in interest rates could collapse the system.

Rejection of Credit Applications — there were many credit rejections around the ’08 crisis, and suddenly this March there’s the largest amount of rejections on record.

Peter believes many people in the US have part-time jobs, and the low unemployment rate isn’t low because people found jobs, but because they either stopped looking or they settled for a part-time job.

They no longer have a full time job with the income they need so they apply for a loan and they’re rejected.

Home ownership in the US is at a 30 year low but rents are rising. 25% of people renting are paying 50% of their income on rent. That’s never happened before.

A lot of people are enrolling in college now, not because they want the education but because they need the loans to pay their bills. Grads can’t find jobs so they go to grad school to get a Masters degree. Now they have even more debt.

Now there’s sub-prime auto loans which creates an auto bubble. People now pay zero down and get a 7-year auto loan. The value of the cars is plunging and the warranties are up in 4 years, before the loan is even finished. It’s the worst start to auto sales since 2009 so Peter believes the air is coming out of the auto bubble already.

With housing, people are so stretched after being lulled into buying a house they couldn’t afford, that they can’t afford the fixed low rate, or property taxes and maintenance.

With 3.5% down they are underwater the minute it closes because it costs more than that just to sell a house.

Many people will just stop paying their mortgages.

The best thing is to let housing prices fall, but the US government doesn’t want to do that because it will bankrupt all the banks that loaned the money.

So they keep it all going by just keeping credit available, interest rates low, and throwing lending standards out the window.

We’ve had 4-5% interest rates before without a problem, but it didn’t cause a problem then because we didn’t have the enormity of the debt we have now.

When you have an enormous amount of debt you can’t afford higher interest rates.

The Fed wants to create a ruse by talking about raising rates, to give the impression they at least have an exit strategy, when they have no intention of raising rates.

They can never raise rates without precipitating a worse crisis than happened in 2008.

If QE worked then it would have worked the first time. They’ve now done 3 and they’re going to do a 4th.

It’s like putting out a fire with gasoline. But when all you have is gasoline then that’s all you can do.

It’s the people in the 20s and 30s that are leaving the labour force.

That’s the truth behind the numbers.

Peter says there may not be a stock market crash — this is a bubble that’s too big to pop.

The way you stop the value from plunging is to make the value of the US dollar plunge instead.  So rather than nominal prices declining real prices will decline.

Stocks measured in honest money like gold would plunge because the Fed props it up with fiat money. The Fed thinks the mistake was turning of the spigot and it’s likely they’ll just keep it open.

The US dollar is more likely to crash this time than the stock market.

Mike says that if the problems develop first in other places, like if the euro has a problem or if China has a problem, we could see the US dollar go higher short term.

Peter believes that when the Fed brings out QE 4 then the dollar will collapse. He wouldn’t want to hold out waiting for another dollar rally.

If we had to pay for imports with either exports or gold instead of printing money, then we wouldn’t have these huge trade imbalances. Printing endless money has never been tried on a global scale and it’s going to end in disaster.

Fiat currency has been used before and it always ended in disaster and they returned to a gold standard.

What’s unique this time is that in 1971 the world was on a US dollar standard. When the US went off the gold standard it took the entire world with it.

It’s gone on for a while but we’re in the final stages of the US dollar standard.  Mike says every 30 – 40 years the world has a new monetary system.

It’s now 43 years after going on the global US dollar system.

There’s going to be a crisis. The Fed will print money to try to prop up the stock market because it’s too big to fail. The result will be a dollar crash.

A dollar crash will be much harder on the average American than a stock market crash, real estate crash, or a banking crisis. But the Fed doesn’t care. They just wants a different administration to be in charge when the crash happens so they’re trying to delay it.

They don’t know how much time they have.

Some people gain from this policy, a small sliver, but the majority of the population is suffering and they don’t know why. 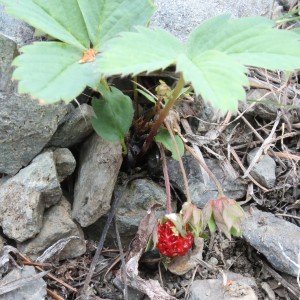 (This comes down to the manipulation I was talking about in yesterday’s blog – Cold Fusion, Space Travel, International Financial Clearing & Wild Strawberries).

The growing class warfare is a widening divide caused by these policies. It’s not capitalism, and more taxing is not going to solve the problem.

People will start wanting to put their money into something that protects them from this monetary looting — like gold.

Peter believes that people who say QE is an experiment are wrong.

History is replete with example of fiat currency on a smaller scale, and it always ended badly. This time it’s just much bigger.

Peter Schiff can be found on Twitter and at Schiff Radio.

Mike Maloney can be found on Twitter and at Hidden Secrets of Money. 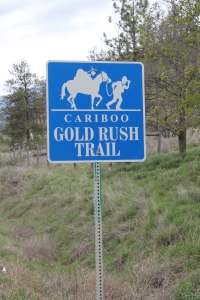 I’m staying in a little spot along the Canadian Gold Rush Trail writing for the summer.

This week a hummingbird sat atop the highest tree to look at me looking at her.

An eagle was indifferent on the dirt road to an old abandoned gold mine.

A bear ran in front of the truck along another dirt road, pacing for over 100 yards before disappearing in the woods. So many bees and flowers and fresh breezes through the trees. A pair of birds swooped in, gave each other a kiss, and took off again to chase each other around the lake.

The abandoned orchard is peaceful and very warm, with apples growing in the sun. The cherries are green and hard but filling out, lining the lane where the deer are getting used to seeing me. 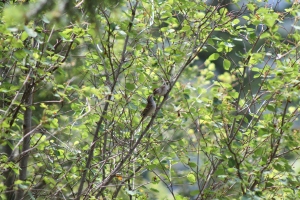 Preparing for the Fall is a boutique live solo album available on iTunes — including the singles Wag the Dog, Black Swan Dive, Miss American Pie and Gods of the Copybook Headings. Definitely not a studio recording — this one is a mic in the livingroom and all that wonderful live sound.

There’s opium for masses
Mideast oil and gas and backroom banker passes
Tongues and tails (tales) wag the dog if all else fails
While they beg and borrow and steal
They want steel
So they’re beating, beating
I can hear their drums
Beating Beating

There’s opium for masses
Mideast oil and gas and backroom banker passes
Tongues and tails (tales) wag the dog if all else fails
While they beg, borrow and steal
They want steel
I can hear them beating beating
I can hear the drums
Beating Beating Beating