China Devalues the Yuan
The Fed
SDRs
The G20

China just devalued the yuan and de-pegged it from the U.S. dollar.

Everyone in the world had devalued their currency except China and the United States. So you had the two largest economies in the world, with 30% of the global GDP, with their currencies pegged. We were half way to the old Bretton-Woods system.

So much for that — China broke the peg.

This is a currency war and it’s been going on since 2010. It will go on for another ten years unless the system collapses, which is usually what happens.

That crisis came to a head in 1998, but it really started in June 1997 and then took over a year to go all around the world.

These things don’t happen overnight and China devaluing the yuan could be the snowflake that starts a worldwide slow motion avalanche.

Now you can forget about Janet Yellen raising interest rates until 2016 and maybe 2017.

The U.S. was in bad shape before China devalued the yuan. With U.S. growth this year of only about 1.4% it looks like the worst year since 2012.

So this is just the last nail in the coffin and the Fed can’t raise interest rates.

With China there’s always a lot going on behind the curtain. This is like Beijing Opera (a combination of virtual and reality).

The bigger play is that China wants to join the SDR (Special Drawing Rights) — the world money printed by the IMF.

It looked like that was going to happen this November, but then last week the IMF pushed it back to September 2016.

China knew they could have a strong currency for three months in order to join the SDR club, but once the IMF pushed the membership deadline back then China decided they could be “good” next year and they could be “bad” now. So they cut the peg and lowered the value of the yuan.

When the IMF gave the extension then it was a green light to cut the currency.

The G20 has a rotating presidency and next year it’s China’s turn.

In November 2016 Xi JinPing will be, in effect, king of the world and the IMF will let China into the SDR just before that.

It’s amazing what you can learn about diplomacy from the game Civilization V. I played my first game and went for the cultural win… and ruled the world with double the points of the warmonger civs. Let’s hope it can happen in reality. Well, except for me being the ruler. I’d rather be the artist. I started a new game and the barbarians wiped me out even before I had my first farms built — how uncivilized.

The apples are almost ripe in the real village I’m living in.

The hidden orchard in the woods smells heavenly, and maybe when they’re ready I can pick a few before the bears have finished feasting. 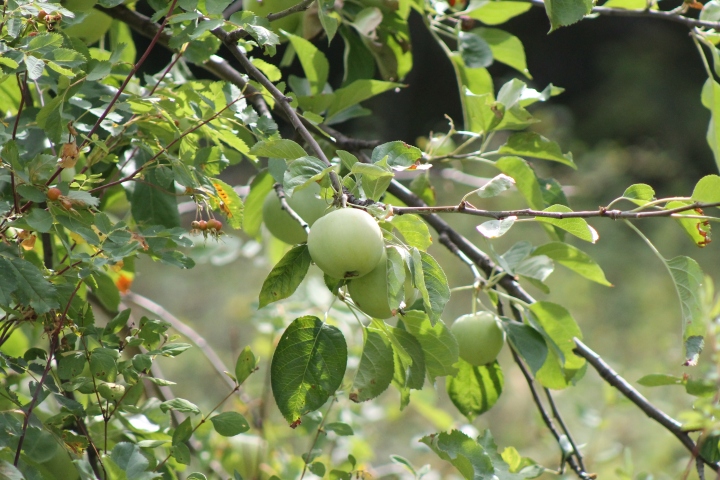