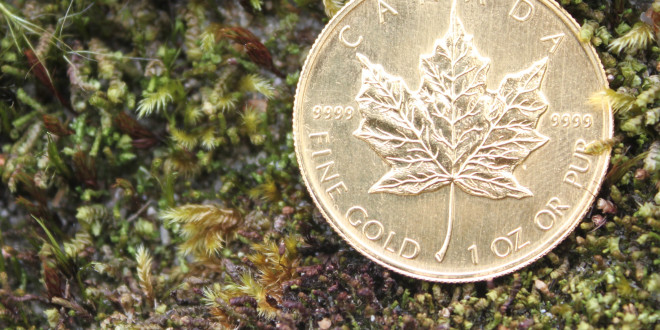 A synopsis of an interview with Jim Rickards, New York Times bestselling author of The New Case for Gold, The Death of Money, Currency Wars and newly released The Road to Ruin, by Charles V. Payne of Fox News.

Jim is the editor of Strategic Intelligence, former general counsel for Long Term Capital Management, and a consultant to the U.S. Intelligence community and U.S. Department of Defense.

The Road to Ruin
Trade War?
Negotiations
What Does China Want?
US Jobs
Higher Priced Goods

Jim’s newest book The Road to Ruin is released today:

Trump has talked about imposing a 45% tarriff on imports coming into the US from China. China has said that if the US does that then there will be no more orders for Boeing and Airbus, and you can forget your iPhones.

These aren’t threats. Both sides are tough negotiators and these are the opening bids.

Trump’s entire policy hasn’t been where he wants to end up, it’s just where he starts the negotiation — this is the art of the deal.

No one wants a trade war between the US and China because both sides will lose. But the US has always kind of rolled over and played dead with China and Trump wants to drive a better deal.

So Trump starts out with a 45% tarriff and says, “Hey China, what have you got for us? Do you want to go a little easy on stealing intellectual property? Open up your capital account and let a little more US investment come in? Allow more US control of Chinese corporations? Open up your market a little bit? Well then now it’ll be just a 30% tarriff. What else have you got for us?”

It’s just a give and take negotiation.

WHAT DOES CHINA WANT?

China wants to keep things the way they are — they’ve got to keep jobs going.

China has a lot of problems. They have a 240% debt-to-GDP ratio when you count consumer, corporate and government debt.

They have a lot of US dollar denominated debt and massive capital flight coming out of China. Their surplus has gone down from $4 trillion to $3 trillion in about a year and half.

($500 billion of that was spent trying to keep their currency up. China manipulated the yuan down for years while they built their wealth, and in 2015 they tried to keep it up.)

For most of 2015 China tried to prop up the value of the yuan in order to play nice with the IMF and get into the basket of currencies making up the Special Drawing Rights (SDR) world money, and to get more voting rights at the IMF.

China was getting a lot from the IMF so they had to play nice with the international system. Lately the yuan has been going down.

There’s no greater currency manipulator than the US. All major countries manipulate their currencies.

You don’t get jobs by putting pressure on China, instead you put pressure on the companies.

Trump has talked about that.

You could say to the companies, “If you want to move jobs abroad then don’t expect to bring your goods into the US without a tarriff.” You can have selective tarriffs — it doesn’t have to be across the board.

You can target particular sectors and say, “Put more jobs in the US.”

Jim would do it to any company where you can create jobs in the US.

There are a lot of factors besides wages that can be used to entice companies including import duties, transportation costs and energy costs.

The US has some cheap energy. The US has water and China is a desert.

When corporations make decisions it’s not just wages. The US has a lot of things it could offer companies.

Lower corporate taxes for one thing.

Competing in the market isn’t all about price. One of the other factors is quality.

Let’s say the prices were higher because you had to pay higher wages. Remember, the guy who gave autoworkers a raise was Henry Ford. He said, “What good does it do me to have cheap labour if workers can’t afford my own cars?”

But the jobs create income and Federal revenue, and they create what Maynard Keynes called “animal spirit.”

(In the 1936 book “The General Theory of Employment, Interest and Money” ‘animal spirit’ describes human emotions and instinct that drives their behaviour. It involves trust and confidence that drives thought, feelings and action.”)

These are second order effects.

The election win of Donald Trump shows the effects of the internet, and the movement to a decentralization of information — news comes from more sources directly and the reactions and replies are from everywhere almost instantly.

The elite can’t move fast enough, yet, to compensate for the loss of control over information. Mainstream media has the hypodermic needle model of ideas/info/statements/propaganda coming from one source-to-many. That world has changed.

It is now from many-to-many. All at once.

This will move to all forms of media — including money.

Money is just a medium of exchange. Media is the plural of medium.

Mainstream news media is a channel for which to communicate news from one-to-many.

Money is a medium for which to communicate value. A way of thinking about a medium is to picture a pipe carrying water, or a wire carrying electricity.

The pipe and wire are mediums.

Money carries an idea of value from one person to another.

It’s all part of the discovery of electricity where everything went from mechanical to electric. Movement of thought and action used to go in a line, like the printing press, reading in a line with phonetic alphabets, roads and rational thought. It has changed to a field, from newspapers with small bits of info all over a page, the internet making us virtually there instantly, links to press on the web to cross reference info and communication, intution of thought and reading with symbols and icons.

In the dramatic change with money, the elite have known for years and are preparing for the change. That’s why the massive debt. To their benefit. Unfortunately new tech changeover will be to many people’s loss during the changeover shock.

All systems expand and contract over and over again. Pendulums swing and seasons turn. That’s what keeps a system going. It feeds and then gains. Feeds then gains. Nurtures then conquers. Sleeps then runs. Conquers then maintains. Too much of any one thing ends the system.

New technology and new information/discoveries are changing our world system in every way.

Imagine when the elite discovered America. They didn’t tell the masses immediately. Instead they set the new system up to their advantage first before letting any other nation and competitor know. There was land and gold. There were new trade routes and expansion. Those with power always want to keep it, and there must be a large input of energy from the masses in order to change it.

We just saw an example of a large input of energy from the masses in Brexit, Iceland, and the American vote.

When a huge change, an economic or geopolitical winter storm, is on the horizon, it’s a time to take stock and prepare. There are many opportunities for those who have information. Many good things that can be done for the world.

The world isn’t money, it’s how we feel valuable and how we interact with those we love and care for, and those in the greater world that we agree and disagree with. It’s all of us together.

I’m sure those things extend beyond just our world. There are changes, and social and economic storms and sunshine both coming with the digital exploration and new ion and free energy models.

Time to take the hands of those who stand their ground. There is much good to do.

Many beautiful things to be a part of in the changing of the time.

The Greek bank holiday and long lines to get a few euros for the day.

Debt deals behind closed doors. The media telling us what opinions to have. China building islands in the South China Sea and claiming all the international waves.

More dealing to come. More standing in line for those who owe. Who owes? There’s a long line of nations in debt and this is far from done.