A synopsis of an interview with Jim Rickards, New York Times bestselling author of The New Case for Gold, The Death of Money, Currency Wars and The Road to Ruin, by Executive Global magazine.

Jim is the editor of Strategic Intelligence, former general counsel for Long Term Capital Management, and a consultant to the U.S. Intelligence community and U.S. Department of Defense.

FUTURE OF THE GLOBAL MONETARY SYSTEM

China and other countries want to move away from the U.S. dollar as the benchmark global reserve currency.

This gives the U.S. power to dictate foreign policy outcomes by using economic sanctions, freezing assets, cutting off access to dollar payments systems, and other means. China and other countries want to move away from this dollar hegemony.

The only two potential rivals to the dollar are the IMF’s special drawing rights and gold.

China is expanding into both markets.

The problem with the current world financial system is that there is no anchor at all.

Unless the system finds a new anchor, preferably gold, there will be more of these events to the point of collapse.

WHEN TO BUY GOLD

The price of gold is volatile measured in dollars, but that’s because of the dollar’s instability, not gold’s instability.

When the systemic collapse comes, which is just a matter of time, gold will soar in stages to $10,000 per ounce or higher.

There’s nowhere near enough physical gold to satisfy demand from paper gold contract holders in the event of a gold buying panic.

This means that when the price starts to rise you may not be able to find any physical gold. The best time to acquire it is now before there’s a panic.

Just 10% of your investible assets. Not all in. You don’t have to go to the sidelines or live in a cave.

The other 90% is to invest in other asset classes including cash, fine art, private equity, stocks and bonds.

Don’t obsess over day-to-day fluctuations in the dollar price. Once you have your gold then just sit tight. There’s nothing else to do with it until there’s a collapse.

The end result of the instability in the international monetary system will be very high inflation, maybe hyperinflation.

This is the only way to alleviate the high amount of debt that nations and corporations around the world have in this age where there isn’t enough economic growth.

This will affect everyone, even if they don’t have any assets at all.

The rise in inflation won’t be up in a straight line, and there might be deflation first because of demographics, new technology and deleveraging. But in the end there will be inflation, because it’s the only way out of the debt trap that governments have created.

Businesses (and people) can navigate the coming turmoil by creating real value and dealing in real assets.

This would include creating intellectual property, possession of natural resources, and investing in human capital. These things keep their value even when there’s episodes of extreme inflation or deflation.

Those most vulnerable are those that rely on high leverage and financial engineering to produce returns. These companies, including banks, may be heading for insolvency in the next financial crisis.

There’s an orderly move away from U.S. dollars happening. Foreign investors have become net sellers of dollars and Russia and China have been acquiring tons of gold.

It’s an orderly move right now, but the momentum is irreversible and will speed up suddenly and unexpectedly into a full-scale dollar collapse.

The only long-run alternatives to the dollar are gold, silver and the IMF’s special drawing rights (SDRs).

Debt is sustainable if economic growth exceeds the growth of the debt, but unfortunately the opposite is happening.

Real economic growth is a matter of how many people are working and how productive they are. (Demographics and productivity).

The total number of workers in large economies is not growing and at the same time productivity is declining. Productivity is arguably the most important economic policy challenge in the world today.

Debt is growing while economic growth has stalled out.

Demographics take decades to turn around so productivity increases are the only way to avoid a global debt crisis. But there are no signs that it will increase fast enough to save the day.

Gold is the perfect asset for the digital age because along with digital wealth and payments come cyber-financial warfare and cyber-threats. Wealth in digital form (all bank deposits, stocks, bonds, money market funds etc.) can be wiped out.

Gold is physical and cannot be hacked, frozen or erased.

Gold is the best way to preserve wealth in a world of digital attacks. This is one reason China and Russia have been acquiring gold, because they see this cyber-financial warfare on the horizon.

I’m starting to think that gold is a part of the unifying field theory. Weird, yes. But in all the research I’m doing in the history and uses of gold from ancient to modern times, it’s the only thing that crosses political, economic, medical, geological, scientific, communication, technology, art and physics arenas.

Gold is beauty and it’s math.

In ancient Egyptian alchemy it had the same symbol as the sun: the central point of power.

For ancient rulers gold was power and not money. As time went on and trade between societies went further afield it became the medium of exchange by weight. You could trust it because it was hard, not changeable, and couldn’t be manipulated by some untrustworthy trader.

You could trade something you had lots of for a cube of weighed gold, keep it without it spoiling in the heat, and then complete your trade in the future by exchanging it for something you want next season. It was a medium, an in-between.

From there the hard exchange of bullion cubes moved to the abstract concept ‘money’ where the quality or amount of metal was separate from the decreed value stamped on it by governing elite.

Changes from gold money by weight and then by decree made two separate values, with a bunch of cheating all along the way. People were filing or clipping off bits of gold to melt down for themselves, then trading the damaged coin for its face value. In 1270 England there were 280 people beheaded for clipping.

Gold by weight, bullion, was hard money – a definite and mutually agreed on contract that couldn’t be changed because gold doesn’t change and the weight was a definite number.

Soft money happened when a government had a monopoly and could change the contract at will, usually to finance a war, but it was always short-term because it benefited a very few at the expense of many.

All coins were soft money – the value floated because the government could manipulate the weight and composition and stamp it with a number.

Even way back at the beginning of money,  Lydia in 700 BC made coins from electrum, a mix of gold and silver that came right out of the Patroclus River near Sardis.

The government monopolized gold, silver and electrum and began to make their own electrum and manipulate the gold/silver ratio. It was soft money because they changed the contract by changing the composition.

History just goes back and forth between empires with hard money and soft money. And the switch between hard and soft lines up with the rise and fall of empires.

There’s always been floating soft money, it’s not new at all, but what’s going on now is that they’re all soft and they’re all floating at the same time.

Jim’s talking in his interview above about the decline in productivity. Hmmmm.

Gold is a fundamental part of the history of the rise and fall of civilizations. Every time.

And I haven’t even touched on the amazing electromagnetic or medical properties.

But the sun just rose and it’s beautiful and bright and golden.

I think the alchemists in ancient Egypt had it right. The sun and gold have the same symbol. 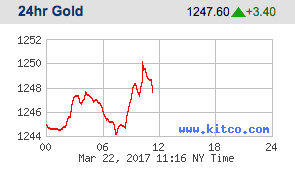