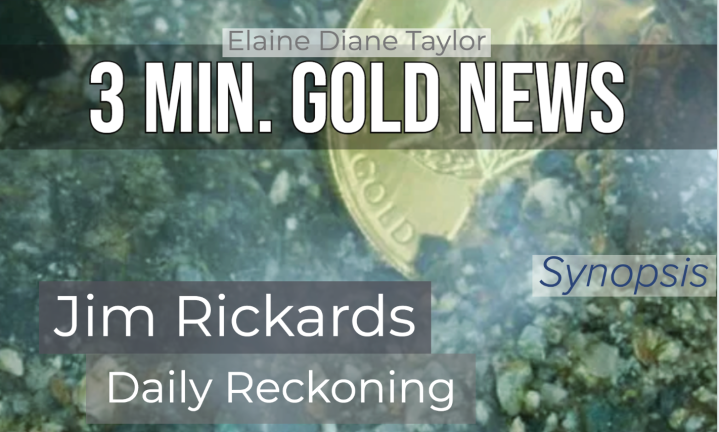 Jim Rickards, is the New York Times bestselling author of The New Case for Gold, The Death of Money, Currency Wars, The Road to Ruin and Aftermath. 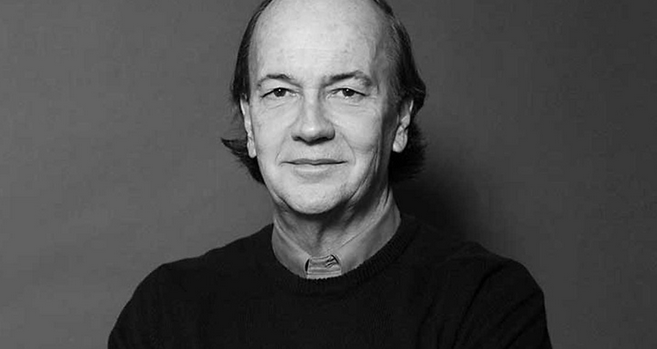 The price of gold is manipulated.

There is hard statistical evidence, anecdotal evidence and forensic evidence for it.

Jim has spoken to people in the intelligence community, defence community and very senior people at the IMF. There’s strong evidence of manipulation.

The COMEX is the primary market for gold.

Over a ten year period, if you bought gold after the US COMEX market closed and then sold it before the opening the next day, you would have made a risk-free profit.

Jim spoke with a PhD statistician who works for one of the biggest hedge funds in the world who said it’s statistically impossible without manipulation.

The global price of gold is set in two places:

1. The London Spot Market – controlled by six banks, including Goldman Sachs and JPMorgan.

2. The New York Gold Futures Market – controlled by the COMEX, which is governed by its big clearing members, which includes major western banks.

The easiest way to manipulate the gold price is through COMEX futures.

Put in a massive sell order just before the market closes. Others get scared and lower their own bid prices.

The new lower price is declared through the media around the world after the US market closes.

Less investors want to buy gold as it’s seen as moving lower, and hedge funds sell it because the lower price hits their “stop-loss” limits.

The selling creates more selling because someone wanted it that way.

Eventually the price drops to a bottom and people start to buy again at the lower price.

Futures are sold with a huge amount of leverage – easily 20 to 1. That means someone with a $10 million cash margin can sell $200 million in gold.

Hedge funds are now large players in the gold market.

They use “stop-loss” limits. When they buy the paper contract they set a low end price where it’s automatically sold.

That drives down the price even more.

Soon everyone is selling.

Unallocated gold means there are no specific bars of gold that you own.

A bank will have a bar of gold and sell that same physical bar to ten different buyers at the same time.

If every holder asked for their physical gold there wouldn’t be enough to go around.

Gold has storage costs, transportation costs and insurance costs, so most are happy to leave it in the bank.

In the short run you can’t beat the manipulation game but in the long run you will.

The manipulation will eventually end because either:

1. The banks will run out of physical gold, or

2. People will expect inflation is coming and buy more which will lead to a price surge

Manipulation can last for a long time but not forever.

They failed to keep the manipulation going in:

The manipulations in the paper gold market through leasing, hedge funds and unallocated gold forwards are powerful but will also fail to keep the price low.

All manipulations need some physical gold to start – maybe just 1% of the paper transactions – but they have to have it in physical form.

Physical gold is rapidly being bought up.

More countries are buying it and less is available.

Understanding the dynamics behind gold pricing lets you see the endgame more clearly.

It supports owning physical gold even when the short-term price is going down. 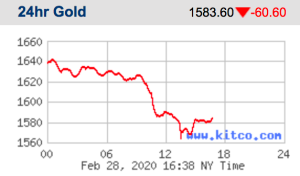 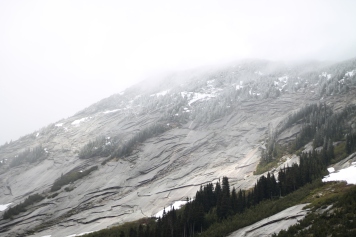 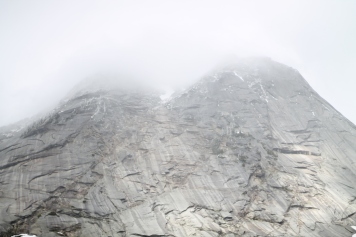 I’m back in Kelowna, B.C., Canada, near the Gold Rush Trail.

Gold’s fluctuating price is reflecting the rapid changes in the world. The coronavirus and resulting disease Covid-19 is more contagious than first thought. All Flights and travel weren’t immediately halted from the epicenter in China, so it has spread to all continents now except Antarctica. There’s person-to-person transmission now from those who haven’t been to China. The measures needed to contain the virus are so harsh I can’t see any nation doing what would be required to isolate everyone for at least 30 days. Covid-19 transmits up to 14 days before symptoms are present, so a person doesn’t know they have it or are spreading it. Checking temperatures at airports does no good if the carrier has no symptoms. On top of that the virus lives on surfaces for days and is spread through the air.

A vaccine is a year out. So we can just do our best to stay away from crowds, clean surfaces and our hands, and to not touch our faces. Most cases are mild, 20% are serious and need at least oxygen to help (which means hospitals need to have enough units), and the 5% acute cases need ICU units (which is concerning). Advanced countries will fare better. Getting food and supplies to be able to stay at home if needed is good advice.

Problems with supply chains and market panic might become a bigger issue than the disease.

Here’s the reason why.

When we all sacrifice for the greater good, we all come out better than than if we worked individually. But if one member stops sacrificing and just looks after themselves they come out ahead and the others lose. Trust and adherence is critical to a closed system. All parts must do what the other parts are expecting.

But if you’re in a serious crisis the human instinct is to look after yourself and your family first. So if there are shortages there will be a panic buying. We just saw that in Italy on hyperspeed. One day everything is fine and three days later there’s nothing on the store shelves.

That’s the world we live in now. Information moves very quickly. We are in a complex global system that is interdependent.

So, back to gold. The markets are reacting the way grocery shoppers do in a crisis. There was an initial drop in the stock market and a rush for gold. So the price of gold jumped up. The unsure investor rushes for the goods that will store their value. They sell everything risky. The initial selling causes more selling. That causes a panic of lower and lower bids. The stock market tanks.

The market was already on a knife’s edge. Way too much debt. Too many bets into the future. Everyone’s been playing musical chairs and the song has been going on and on and on.

The catalyst for a panic could be many things: a geographic catastrophe like an earthquake, or a war, or a pandemic. There’s lots of social unrest because of income division. The IMF says there’s less income inequality between nations now, but more inside each nation. That causes unrest. Lots of protests. Then came the coronavirus.

The global financial system is what runs our day to day lives. How we buy and sell. How we eat and trade and move. It is coming to a reset. Everyone cannot be paid the money they’re owed. So those in power are working on a solution that they hope will keep them in power. The central bank system has failed, of course. It always does over time. That time is now.

The IMF and ECB are making new plans. They’re even asking the public for advice. They had hoped to have a new plan by the end of this year. And then came the coronavirus.

If there’s no trust between nations then something trustworthy must be used to back a new system. At least some part of a new backing must be trusted by all. Something that keeps its value in a crisis.

Gold is very liquid, meaning it sells quickly, and so at the beginning of a crisis many have to sell their gold in order to use the cash to buy out their other financial contracts that demand payment. That’s what’s going on right now. After the initial drop and clearing out then the buyers want to have something that “stores” for a long time. For the grocery shopper that’s long-term items like rice and pasta, and for the investor it’s something with long term value.