You can pretend and play at what you’re sure is true, but the ones holding the snow globe you reside in are watching (or not). At any time, for their own reasons, they will shake it.

Depending on their vigour, the catastrophe can range from inconvenient to terrifyingly focused. Wide or narrow.

How does a small amount of chaos usually resolve? How do you prepare when you see it coming?

Those who have lived through a personal cataclysm can be the ones who see the larger storm on the horizon.

The majority cannot see it because they have no template.

History repeats because each century a new group of humans have, as a group, the same nature as the ones before.

But if you’ve lived through a tragedy and been personally hunted by wolves, you can become a former caribou who now thinks as a wolf, and who prepares for a movement of the wild dog pack.

The caribou in the herd do not understand. They laugh. They pity. They belittle and ex-communicate.

But when the moon turns and the pack hunts, it is the wolf-minded caribou who are already prepared and out of the way.

The wolf-minded feel for the caribou herd, who want only green pastures, peace and ice-cold waters.

But on this ice world there is only war.

And there is only natural law.

Money? There is no stinkin’ money.

The big dogs have arrived in the digital financial world.

They have created a storm and will harvest the wind.

How could it be otherwise?

The interview synopses on this blog give suggestions from contrary financial thinkers, from wolf-minded caribou, who have experience in moons-that-turn and packs of hunting wolves.

Do your own research, and perhaps take a few to their suggestions into consideration.

Here’s a link to a recent 3 Min. Gold News synopsis of an interview by Jim Rickards.

Jim makes suggestions in this April 25th synopsis for how to prepare for the financial reset and chaos he sees coming.

The Bank for International Settlements, the central bank of central bankers and big wild dogs, states that in 2004 the derivatives outstanding were $300 trillion. Then came the 2008 crisis. They have the first half of 2021, a year ago, pegged at $610 trillion. Double the size.

Plus, a second nation announced plans to use bitcoin (not under the BIS and IMF wing and control) as money. Real money. That’s the central banker’s territory.

Money, in all its definitions, is (in their view) their endless green pasture full of grazing caribou. Their caribou.

The idea and use of money is changing and they want their control to stay put. 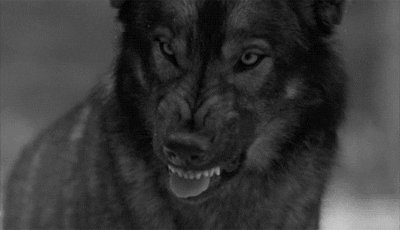 Today it is the wolf who carries the day, but one cannot help feel for the caribou.

All they want is green grass, glacier-cold water, and peace.

But on this frozen waste, there is only war.

I don’t know about you but I see a soothsayer’s moon.