Jim has been saying for five years that there will not be a Grexit. Greece will not leave the euro.

This deal is very significant and there will be a vote in the Greek parliament to ratify it. This is what the Germans wanted to see. They said, “Don’t just give us a plan, but take some concrete action to back it up.”

There will be a European Summit over the weekend and in all likelihood it will be resolved, at least for the time being, by Monday, and banks will reopen. It never really goes away, maybe it’s a year and we face this again, but this is a very big deal.

This is hardship for the Greek people. This is very serious but they’re working their way through it.

Despite the animosity, the hardship on both sides would be so great if it fails that that’s what is forcing both sides to come together and do a deal. Germany doesn’t want Greece to leave and the Greek people don’t want to leave.

They voted “no” in the referendum but 70% of the Greeks don’t want to leave the euro.

They can take a 10% haircut on their pension fund and stay in the euro, or they could go back to the drachma and take a 90% haircut.

It would be not just mayhem but inflation, and the Greek people understand this.

They remember the drachma. The inflation wipes out the pensions, the savings and the insurance, and the Greek people understand that and that’s why they favour the euro.

This is going to stick together despite the hardships.

This deal in Greece will be seen as a positive, but given the fragility in the world, including the issues in Greece and what’s going on in China, it’s very difficult to see how the Fed will raise interest rates in September. Jim’s been saying this all along — they’re not going to raise rates this year.

Jim has said all along he wouldn’t put a nickel in China.

The only way to play China is to buy shares in a company that’s as big as China — like IBM. China can’t really push IBM around because one needs the other as much as the other needs them. You can indirectly play China that way.

One of the most popular forms of entertainment in China is called Beijing Opera. It’s not at all like western opera, it’s more like a circus. You have acrobats, smoke and mirrors, and all kinds of tricks.

Their market’s not ‘up’. It’s not even a market anymore. 46% of the stock is not trading anymore. The exchange is open but the stocks are not trading.

There’s no market left. All that’s left is a facade.

If it’s up a little bit then it’s a good opportunity to get out.

For US investors, look in your 401Ks and see if you’re invested in an emerging markets fund. Look inside and see if there’s Chinese stocks. A lot of people own these things and don’t even know.

Just because the government is willing to intervene is not a reason to invest because they will fail eventually.

They can prop it up — the Fed has been propping up the US market since 2007 — but it’s not sustainable.

They can prop it up for a long time, but at the end of the day markets haven’t cleared and we don’t know what things are really worth.

There are good investments out there. Some of the best are in private equity, venture and angel investing, a lot of the alternative investments.

The public markets are all manipulated so why would you be in them?

I’m living along the Canadian Cariboo Gold Trail for the summer.

Last week was so hot that my little black bear cub came into the lake to cool off. I stood in the water a ways away to get some shots.

There’s a tiny two-car train that takes you down the line into a bigger town to get groceries. It’s an hour’s ride through the wilderness with bears, mountain goats and gorgeousness.

The smoke from many B.C. forest fires has filled my valley with a brown haze, so I’ve spent most days this  week songwriting inside my tiny house.

Met with a gold miner in the bigger town who is sourcing local placer gold flakes and dust for art I’m making. I have my first supply — creating pendants of glass and gold as wearable symbols of our times.

The New York Stock Exchange went down this week. Currency wars and cyber wars are worth watching. Hold some cash and hold a little gold or silver — hard to know who to trust when digital is rocking. Propaganda is a given at these times. Currency and gold in your hand is out of that game. A bank holiday or hack is not much of a holiday. Bitcoin is gaining ground and spreading. LENR is fine tuning behind the scenes.

Be well. Watch which way the wind is blowing. It’s not just the wildfire smoke coming our way. 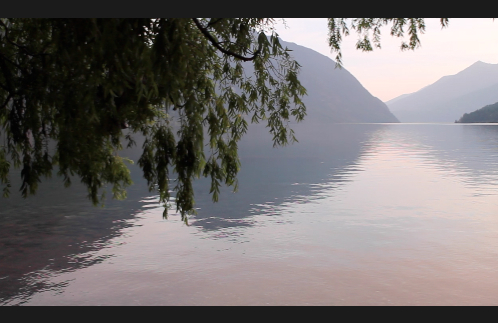 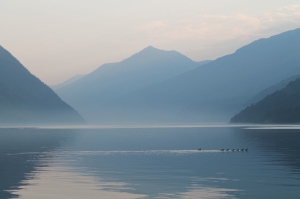 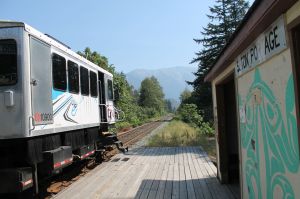 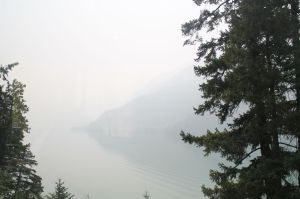 “Around the corner stand in line

for a chance at a euro – bread and wine

Not much of a holiday, I know

Vote no for a harder line

In the zone for a better future’s fine

But what do I know?”

Preparing for the Fall is available on iTunes — featuring Wag the Dog, Black Swan Dive,  American Pie and Gods of the Copybook Headings.