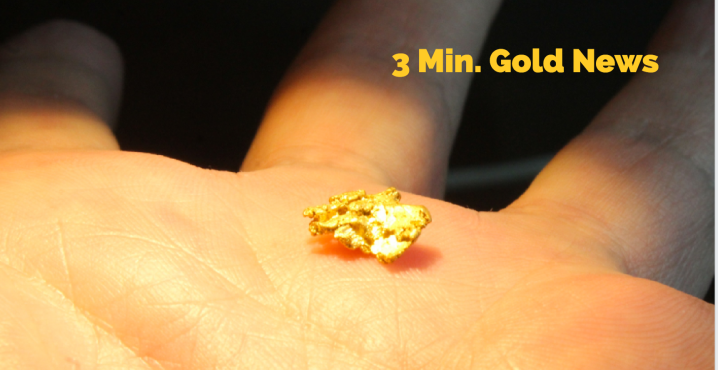 A synopsis of a Collide event and an interview with Jim Rickards, New York Times bestselling author of The New Case for Gold, The Death of Money, Currency Wars and The Road to Ruin, with Daniela Cambone at Kitco News. The big date coming up is the December 3 FOMC meeting where the Federal Reserve sets interest rates.

Will they raise interest rates? The market is giving it a 100% probability.

The prices of gold, the yen, the euro and 10-year treasuries are all locked in based on the market believing interest rates will rise on December 3rd.

Jim believes there’s a lower than 50% probability they will.

Why is the interest rate important?

When the markets are fully priced for a certain event and that event happens then nothing changes. The market was ready for it.

When they’re fully priced for an event and it doesn’t happen then the prices quickly and radically change up or down.

What would stop the Fed from raising rates?

There’s 3 hurdles to clear first before they raise:

1.  The PCE (Personal Consumption Expenditures) is released on November 30.

If it comes in at 1.3% -ish again the Fed can’t raise if they’re committed to their 2% inflation target. 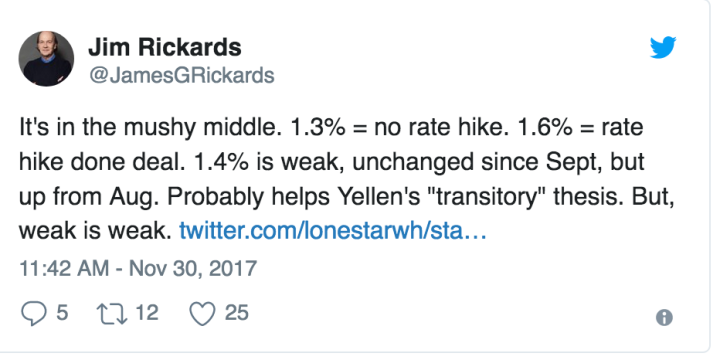 The bill is in the Senate right now. If the vote succeeds it’ll be viewed as inflationary because of the stimulus, so they’ll need to raise rates.

If the tax bill fails then it’ll be deflationary and might even destabilize the stock market. That would be another reason for the Fed not to raise rates.

3. The deadline for shutting down the U.S. government is December 8.

It would be unlikely for the Fed to raise rates if there’s a shut down.

The Fed needs a hot inflation number of maybe 1.6% or higher, a successful passage of the tax bill, and no government shutdown in order to raise interest rates.

Jim believes all three won’t happen and the the Fed won’t raise rates.

If he’s correct it will mean gold soars, the euro goes up and the 10-Year Treasury note rallies.

If the Fed does raise interest rates then those things won’t do much because they’re already priced in for a rate increase.

Janet Yellen is going out and Jay Powell is coming in as Fed Chairperson.

Powell is a clone of Yellen so it will be more of the same.

If you have a gold standard, or you’re even using gold as a kind of reference indirectly, then given the amount of gold there is you would have to get the price up to avoid deflation. That price would conservatively be $10,000.

Gas would be $12 and it would be a world of inflation.

But having gold would preserve wealth.

Everything else would be getting wiped out while gold was going up, so it’s good to have gold in that inflationary world.

What events are coming up? 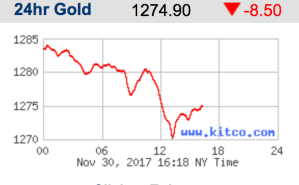 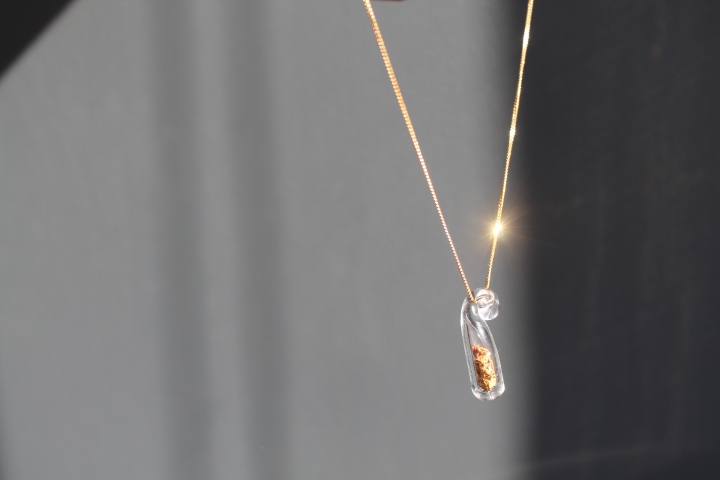 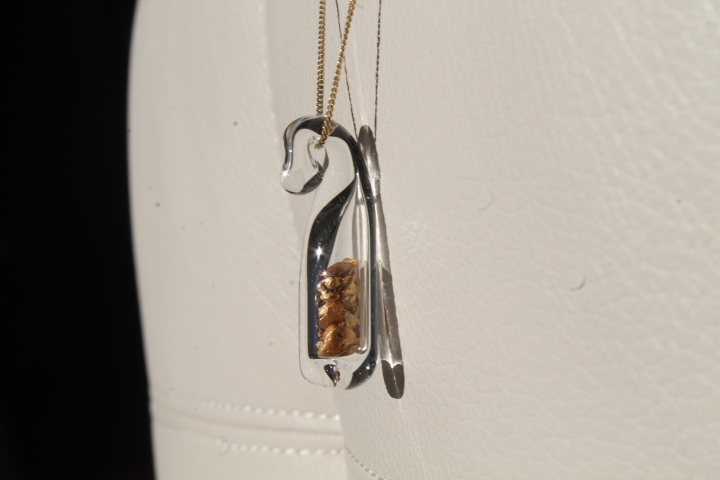 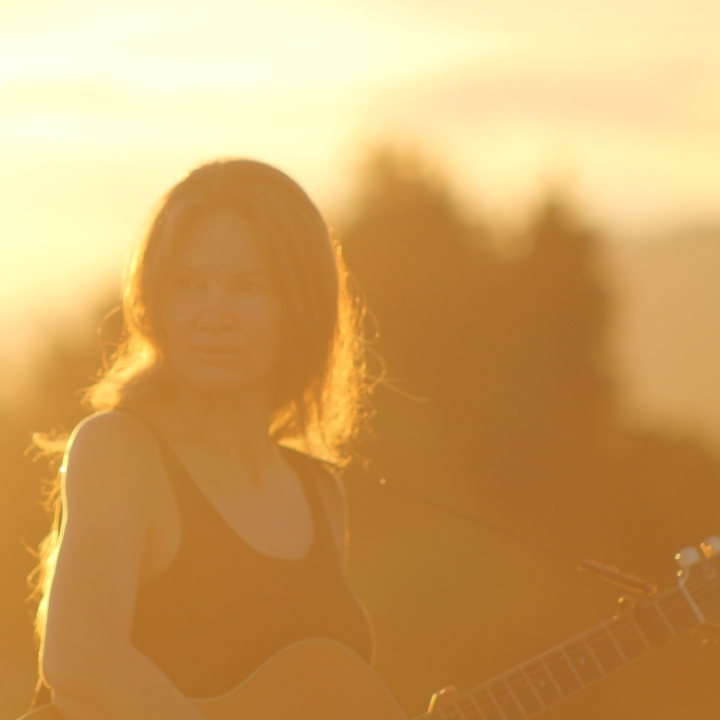