The “not released before” folk album Solo Live at Crush, including a 15 page liner note PDF booklet with lyrics, photos, essay and song meanings. is now available for $6.99 for direct download from the online store.
………………..

There are phases we all go through while exploring the paths of our days and decades. For an age we ride high up top of a sunlit wheel and then without notice there are aching days that see us slog through muddy rubble.

And when that horrible mud is in the past we want to forget. It was just a phase, we know. And we all go through bad times.

Years ago I was in such a time. And it was in the deep mud that I performed my first full solo set with guitar.

The changing of a time and of the tide. 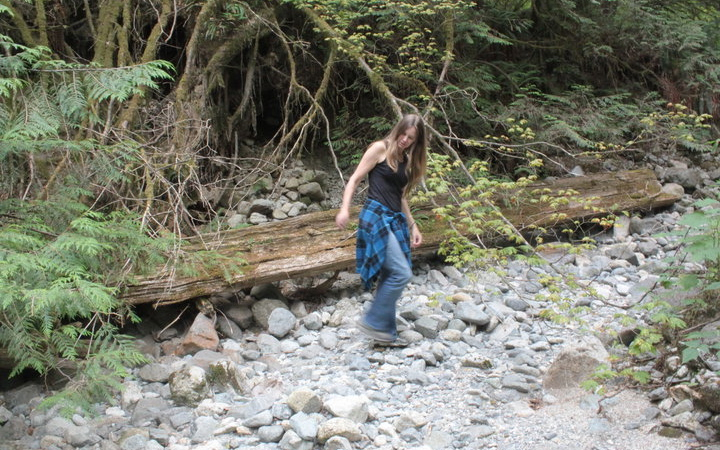 I had just finished music school, and the gig was in a swanky little venue in Vancouver, Canada, called Crush. I didn’t know it was being recorded.

I was in what is called “the zone”; all that mattered was that moment and that song and that movement of notes and harmonies. Back then I was often in the zone, but not the good kind. I’m sure I offended more than a handful of friends as the empress of social awkwardness.

I had lived in a cult. And I had left. They took everything I held dear, everything I loved and virtually all I had built, owned, befriended and trusted. And I was excommunicated. I ceased to exist for them and was ignored and rejected on sight. I lost it all to get away, and was too naive to see how to get away intact. The idealist can be naive I learned. This tends to produce a different kind of social skillset.

I kept being shocked by “good” people behaving badly. And I wanted to know why people believe false stories without looking at facts, when those stories are forcefully declared by those who are yelling morality and whispering private fraudulent deals. I wanted to understand persuasion so I could avoid it in the future and maybe helps a few others be aware.

I witnessed a coup d’etat done by deception against me.

The writer, George Orwell, predicted we would be watched from without and ruled over, but another writer, Aldous Huxley, may have been more correct, saying that there is more power in making those ruled over believe they actually want something that harms them, to follow an internal police, and to be so distracted and afraid of a false story that they miss the red flags and freedom.

So I write about empires large and small. About communication and how deception and persuasion uses yelling and whispering.

Communication is made up of an idea that is formed into a message that is then encoded. The encoded idea passes through a medium (the plural form of a medium is called media), and the message is then received and decoded by the listener.

Mass media yells stories at us around the clock, so It’s hard to decode back-room banker passes, or science passes or technology passes that are swayed by a strong desire to be right and gain and advantage. Facts are covered up by loud, intense and fearful stories.

I’ve heard that kind of voice and I’ve seen the effect it has.

It is devastating to feel the brunt of deception for the idealist, or the one who naturally trusts that everyone is sacrificing for a higher ideal.

If “everyone” is re-telling the same story it is hard to tell anyone at all that you see something that is different.

If you have ever been attacked by a false story then no one wants to listen to you. You are shunned by everyone.

In that circumstance perhaps you just need a new “everyone”.

Like a wheel turns to take a wagon down a dirt road, we can sit on the rim in the sunshine when we’re at the top,. But everything is moving around and around, and if we don’t shift ourselves to the center of the wheel on the downturn then we’ll ride the edge all the way over into the dirt and mud.

Eating mud is embarrassing and painful. Especially when the cart was driven there on purpose by others.

But it passes, and perhaps you pick up bent and broken pieces and make something that is free and beautiful. And then you see someone else go over the same edge and you feel for them. You want to call out so they’ll wake up and get off the rim before it’s too late. And when they can’t hear here you, and they hit the earth hard you want them to know that time passes, the wheel is still turning, and small things can be done while the mud dries.

Everyone. You. Me. Everyone is on the wheel. Some are powerful executives, some artists, homemakers, salespeople, young adults, children. We all go around wheels and we all see sun and storms.

Some stay on the rim when the sky darkens, and others go to the hub for a while before it all hits.

Wait a little. Don’t be rushed. Ideas will come. Keep a small circle of influence — you don’t need everyone’s advice. Reserve strength and build skills. Skills will be useful and used and you will find your place in the next rising. And it will come.

We’re about to enter a very large falling over the edge on a global level. A new greater depression is coming I believe.

So much deception and so much theft. So much yelling to try to be right.

Many are preparing financially to move to their own hub and wait for the next rise. That’s what I write about. It’s not a gold thing or a doom thing. It’s the next global spring, a heads up for a macro winter after seeing a micro one and its effects.

It’s hope for when the hard economic winter hits us all. Personally and socially. Micro and Macro. Just hang out in the hub for a while. 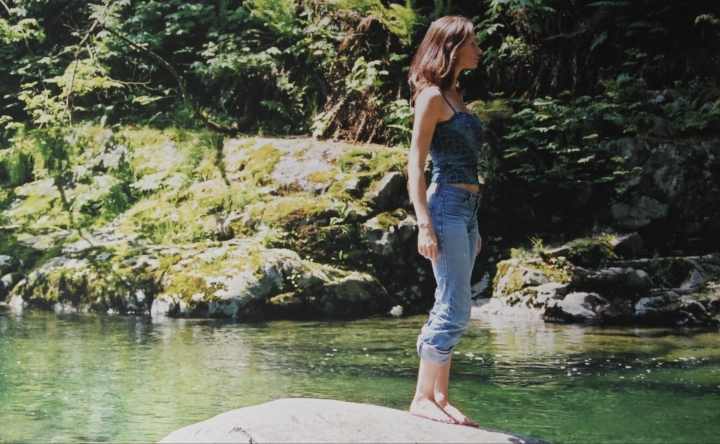 When people yell about how great things will be if we all do it their way, be aware of who benefits if some listen. There are good people out there. And the not-so-good.

It will come for you too.

A golden age is coming with new technology. Maybe LENR and torsion and stem cells and harnessing the sun. The ones with the power are jostling for their place before it’s released. Trade deals and financial clearing systems. Lots of yelling and lots of whispering. So much deception to try to win power.

A lot of bumping going on. A lot more bumping to come.

And here is my first album in my discography.

I’m in a remote town for the summer along the Canadian Cariboo Gold Rush Trail. The glass and gold art is a treasure to get in the zone with. Barkerville has its own letterpress and I chatted with the printer about having part of the packaging created there.

The wild strawberries are ripening on the mountain. They grew from a muddy rubble. 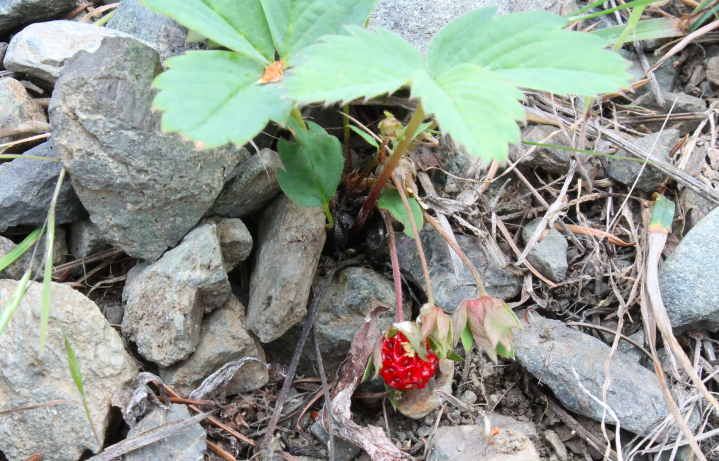 Life moves in waves. A time to expand and use energy, and then a time to consolidate and build it up, followed by a time to expand again. Each time a little further. Each time a further still. Every closed system swings back and forth in this manner. To only expand is like spilling a glass of water on the floor. 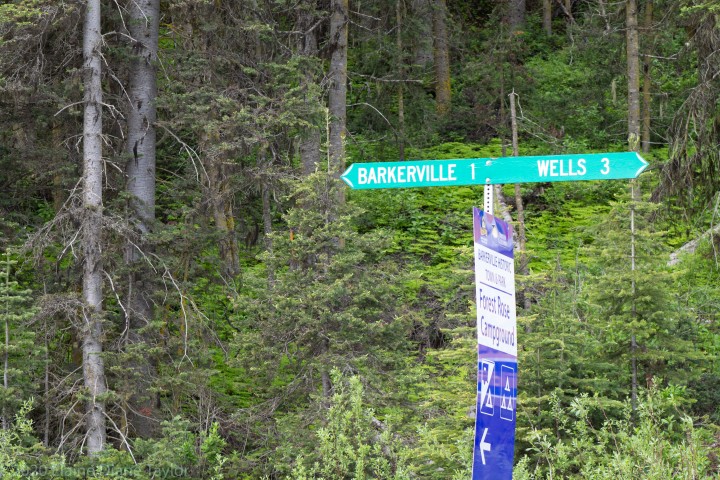 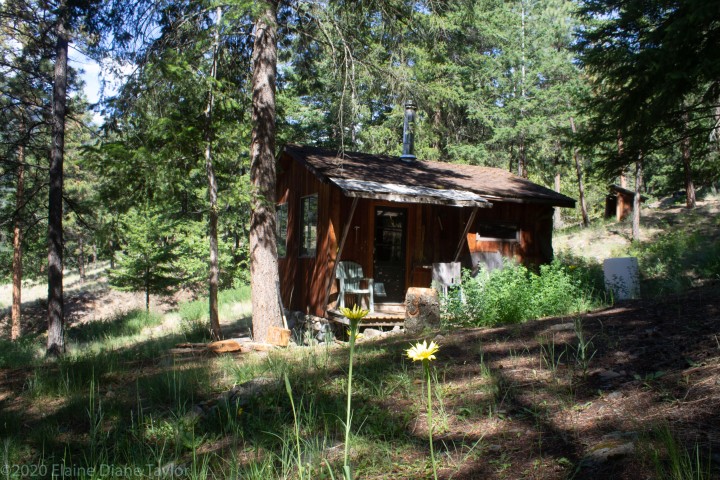 David Crosby: “Words are the hardest part and yours are excellent…music is good too ...”

Single available on for digital download from the site store

From the album Preparing for the Fall available on the site store.

from the album Coins and Crowns available from the site’s store.