A brand is a closed system. It can be a country, a company, a relationship, or just a little system of one – waving its own little banner.

We identify with a brand through symbols that represent what we value.

Colours and objects and actions represent what we hold dear. What we are as a group and who is on our side and another side. What the terrain is like.

We ask ourselves who to enter into a brand with. What kind of events are coming? Have they come before? What and who can be trusted? Who will we have fun with and want to spend time with?

Think of the banners held by different houses in medieval times, as portrayed in George R.R. Martin’s book series Ice and Fire, and HBO’s adaption Game of Thrones. By seeing the banner you can tell from a distance who the army stands for and what they defend – who their house is.

We all do this.

We display our banner with our clothing, etiquette, word choice, where we sit in a room, where we go and who we go with. A thousand different things.

We may be familiar with the idea of a status symbol. The holder of the symbol is believed to represent the brand and its status. In a trusting world it means being part of a closed system of wealth and influence. In a more sophisticated world, a more complex system, it can mean a co-opted banner, with no association to the original brand.

Just a knock off.

The idea of the status symbol ties in with the concept of an elite.

Vilfredo Pareto coined the term “elite” in the early 1900s.  He put forward that there is a small percentage of people in every field who excel in their specific area. ‘Elite’ was not a word that described something hidden or negative or specifically out to gain at another’s expense, it was those who excel in either a governing or non-governing capacity. Sometimes that crossed – as in an elite judge in his non-governing group also made decisions that were governing. Pareto is the one who discovered the ‘Pareto Principle’ that 80% of the outcome is the result of 20% of the input.

The “Pareto Distribution” shows that a few always owned the majority of wealth. It’s the same of social, scientific, geophysical, actuarial and many other types of phenomena we observe.

It shows what I’ve been talking about with the rod and ring. Events go around in rings or cycles, while the peaks and low spots swing back and forth like a pendulum. Every empire and marketplace moves to the rod and the ring.

The song Rod and Ring, on the album Coins and Crowns, shows this.

How does this tie in with gold?

Gold is money but most importantly gold is a symbol.

In a world where corporate and nation-state allegiances are being broken and reformed, where new technology is re-creating what is power and what is real and virtual, debts in the old world are being called before the new one begins.

The battle lines are not yet overtly drawn but are certainly played out in ‘games’ being discussed behind closed doors.

In this changing world, gold is something of value that does not belong to a brand.

Gold at its elemental state does not belong to a house, a nation, or any other closed system.

Gold has no banner.

Gold has no brand and takes no sides.

The currencies of the world are brands of their nations. When the nation loses value its brand does as well. In crisis there is no security in those currencies. This is exactly why it’s important to hold some of the yellow metal when money brands go into crisis.

It is gold itself that is valuable.

Gold can be formed into a brand or it can be used as a commodity and traded as an individual unit.

It can be melted and moulded to be a symbol of a brand, as in a bar or coin that is stamped with a country or company ‘banner’. Or gold can be a work of art created by an artist who is the brand.

It’s the same as an individual who has value in themselves, but can join with a group to become part of their brand.  We can melt a little of our individual selves to join a closed system – a club, a religion, a relationship.

Or we can melt completely inside a brand and become a banner for its beliefs, either intentionally or by seduction, fraud or persuasion. We see that with some movements today.

Ever had that happen? We tie in with the feel of a cause we strongly believe in or a song at a live music event. Music is magic that way. It’s my favourite way to melt. Sometimes we build out of gold and melt together into a work of art – our best and most highest selves coming together.

That feeling is electric. If you add a number of people together then it becomes electro-magnetic and that kind of energy can move the world. But that’s another thought.

On the negative side we can melt into a cult of some form or another and lose ourselves completely. Hopefully just for a short while, until we become more complex and see that what we’ve lost and they’ve gained at our expense. I talk about this in the song “Parasites”.

With gold as a brand, we can take coins stamped with a nation-state, waving its banner on one side and an image of its ruler on the other, and melt it back to its elemental commodity of just gold, and re-melt it with other little pieces of gold, or with other metal, to become something completely new.

Through the stress of heat the metal stops being what it was and again becomes unbranded gold.

Just as we can lose our assets and banners, our friendships, employment or relationships, and everything we hold dear, and we can become just our elemental selves. Gold.

Gold melted down has all these possibilities while under the extreme stress of heat.

Just as we have those possibilities when we’re under extreme stress. We stop being what we were, impurities separate and remove themselves, and we’re left with our elemental selves.

We are then able to freely choose which banner or banners to wave and align with, or to hold none at all – or a little while at least.

As the macro world is increasing in stress and you hear of elites doing this or that with so much anger building up, with propaganda blowing in the breeze and some banners winning while brands and houses losing all, remember what is really valuable.

That would be you. 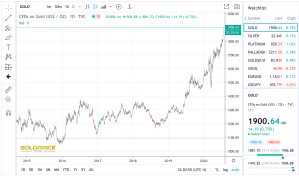 Also available on the site store.

Also available on the site store.

Not Much of a Holiday
words and music Elaine Diane Taylor
© 2015 Intelligentsia Media, Inc. All rights reserved.
SOCAN/ASCAP
Single available on iTunes and the site store.


The Gods of the Copybook Headings
words by Rudyard Kipling and music by Elaine Diane Taylor
©2014 Intelligentsia Media Inc.
SOCAN/ASCAP
from the album Preparing for the Fall available on iTunes and the site store.

Another Week on Wall Street
words and music Elaine Diane Taylor
© 2013 Intelligentsia Media Inc. All rights reserved.
SOCAN/ASCAP
from the album Coins and Crowns available on iTunes and the site store.