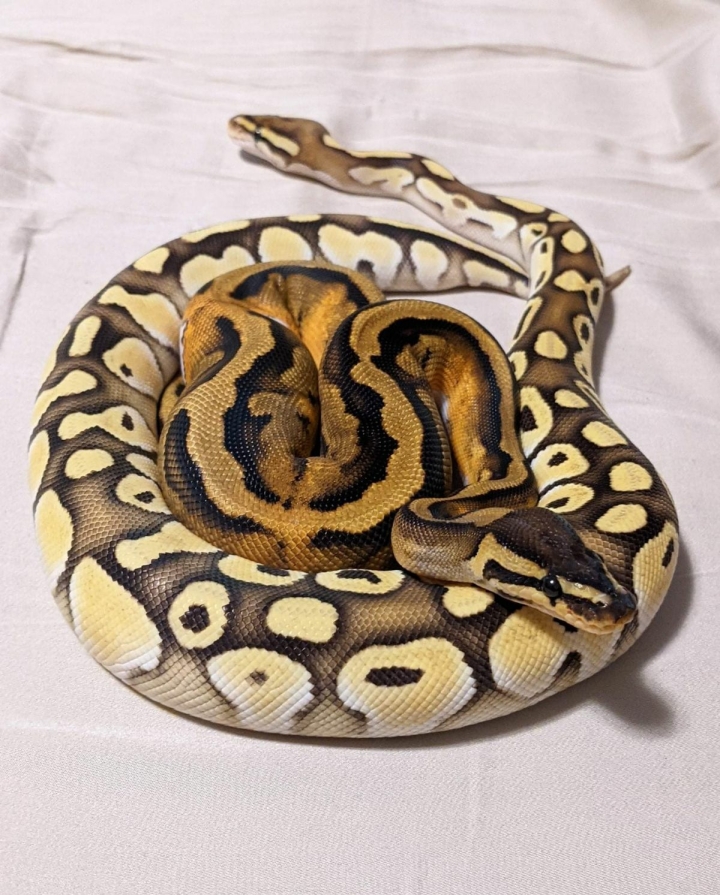 A synopsis of an interview with billionaire hedge fund manager Paul Tudor Jones  by CNBC.

This longtime hedge fund manager says he believes Wall Street could be witnessing the historic “birthing of a store of value” through the popular cryptocurrency bitcoin.

3 Minute Gold News is continuing to look at successful financial gurus and their ideas on gold, geopolitics, bitcoin and the digitizing of the world.

When viewing a new horizon it’s always a good idea to stand on the shoulders of giants.

Billionaire hedge fund investor Paul Tudor Jones was interviewed by CNBC back in May 2020.

The longtime hedge fund manager said he believes Wall Street could be witnessing the historic “birthing of a store of value” through the popular cryptocurrency bitcoin.

Jones changed his opinion from being skeptical about Bitcoin to being positive.

How do you want to be positioned in your portfolio going forward?

A “store of value” can be looked at in four categories:

How well do bitcoin and cash serve as stores of value?

If you own cash today, you know that your central bank has an avowed goal of depreciating its value by 2% per year. So you have, in essence, a wasting asset in your hands.

Bitcoin is only eleven years old. We’re watching the “birthing” and there’s very little trust in it as a store of value.

Whether that succeeds or not only time will tell. But, every day that goes by and Bitcoin survives, the trust in it will go up.

Bitcoin is a great speculation. Jones says he has between 1 – 2% of his assets in Bitcoin. That seems like the right number for him right now.

He doesn’t see it as the “Great Cure” for all the monetary ills, but it’s a great speculation.

The digitization of the world clearly benefits Bitcoin. Jone’s children don’t even carry cash and barely know what it is.

Some countries are doing it explicitly, like India. Other countries, like China, are on their way to doing it.

Bitcoin will be that much more accessible to that universe of people that could own it as a store of value.

Every bull market has one common thread: an ever expanding universe of people who own it.

It’s estimated that between 55 – 70 million people own bitcoin. If you’re buying it then your bet is that that number is going to go to 120 million or to 200 million.

As the world is increasingly digitized, it’s hard not to think that the evidence strongly points in the direction of the number increasing.

But Jones sees it as one tiny part of a portfolio. It may end up being the best performer of all of them, and he says he kinda thinks it may be, but he’s very conservative.

He’ll keep it at a small percentage because bitcoin hasn’t stood the test of time yet, the way that gold has.

Gold has stood the test of time and has been a store of value for 2,500 years.

Jones has assets in gold and believes it can go substantially higher.

Being a folk singer, I was watching the geopolitical movement of empires, technology and the rise and fall of power. I was in the book industry as a COO and Managing Editor, and watched that physical page world go digital. There were winners and losers as it sorted itself out. As a musician I watched the musical universal go digital, and as a songwriter I watched the symbols of history repeat. I’m Gen X, so I’ve observed the change in technology over time. I grew up playing in the woods and reading. I sang in my parents’ choirs and then led my own.

I ran a publishing company and left it for philosophical reasons. I saw hard persuasion. I’ve seen coercion and deception used in media to create an unfair outcome to benefit one group. I believe in a greater universe with universal laws.  Bending and breaking rules/laws/etiquette isnt worth it and isn’t virtuous in order to have an outcome one believes is for the greater good.

I’ve seen that happen writ small. And our world is now weaving it life-sized.

So, let’s see if we can unravel a few smaller fractals to see a bigger picture.

And in that picture we’ll be able to see further backward and forward in time.

Gold has a long term role. It underpins a world system that’s been here a very long time. But it is not used in day-to-day trading.

Most have never seen a gold coin or would know its value. But the hub of the financial wheel at this time is the IMF and BIS at the United Nations, and they settle out nations’ debts with gold.

Gold is where the capital flows when there is mistrust in governments. A government decrees that taxes must be paid their currency, but they print that currency without a backing value, devaluing it on purpose, until there’s no trust in it left.

Funny enough, when more and more public and private parties began buying gold late last century and price took off, an Exchange Traded Fund was created – smaller parties could join in the price without holding the metal.

The ETFs – paper gold contracts – track the price but you don’t own physical gold. It’s all fine until and unless the system collapses. At that point  they close the contract, pay you out in worthless cash, and only those holding the gold keep, well, holding the gold.

The ETFs made more “gold supply” which brought down the price. The physical gold stayed with the wealthy parties and the system itself looked looked like it regained its order and trust.

And now Bitcoin is here.

While the printing press had us moving left to right in straight lines, we were now completely off and then on. From zero to everything at once.

There’s so much more to say from a Communications perspective.

Adoption of Bitcoin is growing because that is the normal progression of this change. Some of the smaller parties are purchasing Bitcoin instead of gold. Larger and more influential parties are joining in. Bigger parties, such as Michael Saylor and Paul Tudor Jones are joining the wave.

I’m watching it like it’s a fight. But I believe the actual struggle is much larger than a single person buying gold or Bitcoin. I see physical and digital. As my friend, Josh Crumb, President and CEO of ABAXX Technologies said, “There is zero chance Bitcoin changes gold’s long term role in the markets.”.

I hold the same view.

I don’t believe Bitcoin is gold’s replacement, but I believe it could and seems to be becoming the digital symbol, or as Michael says, the “de-materialization” of it. It’s becoming a trusted way of marking value as we move from planet-to-planet and beyond.

The IMF, BIS and their groups are moving towards worldwide digital money. They know their central bank debt system failed, they state it explicitly in speeches, as Christine Lagarde recently admitted in a speech that their debt-based currency, zero interest rate policy money system had failed. She stated that the central bank’s system has divided the haves and have nots with a greater division than before. The winners won more and the losers lost what little they had. It has failed.

So she has now requested wealthy nations give the IMF more money, by taxing their citizens more, so she could give more to poorer countries and try their new system out. The pandemic will be blamed for the loss of careers and lives and economies. So the anger will not be aimed at the true creation of despair. The “Great Reset” is their hope at making the world bow to their centralized control, while our whole world is evolving into decentralization. Their goal will fail. Communism always fails.

The system will reset one way or another. My song, Not Much of a Holiday, discusses thiss. Which way will it go?

My song, Bitcoin Barbarian, was written based on something Max Keiser said a few years ago.

Ruled and run by a dollar and a gun,
The world is spun by some media fun,
And the Ponzi game in Caesar’s name
is virtually done
There’s a new race

The Bitcoin Barbarians at the gate
Opened wide, the peasants can’t wait
‘They were robbed while the bankers played
So the penny’s going to drop in this coin race.

That song needs a new recording. A new arrangement. The world, and I, have both evolved since that time.

I don’t see gold as money, per se. I see it as more of a backbone of what is reality in a physical world. Value is more than money, though that’s tough for some to hear.

Everything has a rhythm. Everything has a cycle. All closed systems swing in a duality – from tension to release. From trust to misuse and dissolution. Gold used as a store of value is that hard, physical thing that cannot be played with. So it’s trustworthy when nothing else is.

Tears of the sun. Energy. Malleable. Pristine. The condensing of value into its most fundamental, physical form.

I believe as Joni Mitchell said, “We are stardust. We are golden. And we’ve got to get ourselves back to the garden.” 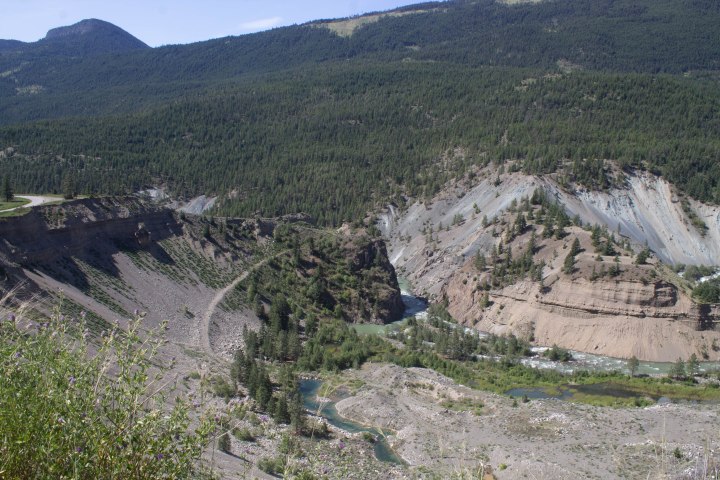 Single available on iTunes and wherever you like to purchase your music.

Available also on the site Store.

Available also on the site Store.

One thought on “3 Min. Gold News – Paul Tudor Jones on Bitcoin and Gold”