Bitcoin is a thing of interest for the mildly laid-back. I started watching when it was 95.99 Cdn/BTC and today it’s 341.97 Cdn/BTC at Bitcoinity. I don’t mourn for lost speculation gains, as I’m not a big risk taker, but I do see that it’s gaining traction and respect.

So I started to do my own research.

More and more people are concerned about the affairs of governments, their currency values, and the banks. If trust is lost in those areas then it has to move somewhere else. Seems that one of those places is Bitcoin.

Bitcoin is a currency – a way to exchange things of value.

It’s virtual because Bitcoin is used to exchange value throughout the world through the internet person-to-person, instead of physically within a country hand-to-hand. And it’s a fiat currency because it’s not backed by anything of intrinsic value, like gold or silver.

Most of the currencies in the world are fiat  – US dollars, Chinese yuan and Canadian dollars, for example, are all fiat currencies backed by nothing of intrinsic value.

Bitcoin (and all fiat currency) is backed by its users’ belief in two things:

believe this makes it corruption proof and more valuable.

With every fiat currency the users trust that the creators will maintain its value so they can hold it and spend it tomorrow instead of today for the same amount of goods and services. They also trust that the institution managing it will provide safe and secure exchange for a fair fee, in a fair amount of time.

Government fiat currencies also have value because each country’s government uses it and requires their citizens to pay taxes using their respective currency as well. So citizens trust that it will be in use tomorrow and the next day, and it becomes the common means of exchange.

All fiat currencies exchange things of value for a fee. We pay a fee to a bank for using currency as the way of exchange through a bank account, instead of using barter or personal IOUs.

The fee is collected by a bank which is owned by shareholders. The bank’s shareholders profit by collecting the fees for every dollar used for exchange.

With Bitcoin it is free to use, and a fee is paid by choice to speed the confirmation of a transaction.

Governments currently view Bitcoin as a type of barter, and a person or business claims their income from Bitcoin based on the value of the goods and services in their own country’s currency.

Bitcoin rises and falls in price just like other fiat currencies. They follow the rules of supply and demand, and rise and fall throughout the day against other currencies.  Some people speculate, buying and selling currencies hoping to make a profit. Some speculate with Bitcoin in the same way.

The value is all based on the belief that one currency is more safe and secure than another, and that the country or community creating the currency will keep it valuable.

The more units of a currency there are then the less each unit is valued, therefore the creator shouldn’t make too many too often. For example, the more US dollars the government creates with QE (quantitative easing aka money printing), the less each one is valued – it takes more of them to buy the same things. In other words, the price of bread goes up.

If all trust is lost in the institution creating the currency, or if the fees are too high, or there are too many of each unit, then the currency can go into hyperinflation, loses all value and stops being used – like the Argentina, Weimar Republic and Zimbabwe currencies in the last century.

Advocates say that Bitcoin is encrypted and developed in such a way that it cannot be manipulated and devalued, which would be great. Currencies usually last about 27 years, so this one has years to go if it starts being mainstream. Owning any currency in any bank is speculating, and so it’s probably good to view Bitcoin that way too. As a means of exchange it avoids the massive fees and control that banks impose, and as a means of speculating we’re all watching what happens.

Many of the leading specialists recommend owning real assets with intrinsic value like land, gold, silver or fine art. I think everyone should have a small percentage of their assets in speculation. It’s fun to chat about over coffee. ;)

A growing number of people believe Bitcoin will increase in value and that it is a safe and secure means of exchange.

They believe that the community of creators have put safeguards into the cryptology in order to not have too many created. They also believe that the fee for use is fair in exchange for speed of service.

It is decentralized and maintained by a community of open-source developers. Bitcoins are created by a number of unrelated parties, who create the bitcoins by solving mathematical puzzles, and are rewarded with bitcoins (called mining).

Users create a wallet for free at a site like http://www.blockchain.com or http://www.weusecoins.com, and anyone with a wallet can send or receive bitcoins just like sending or receiving an email. 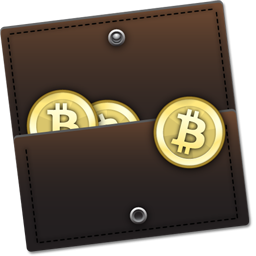 I like the interface and information at www.weusecoins.com and www.bitcoin.org, and the wallet service at www.blockchain.com.

I really like the idea of decentralized currency where I can do virtual exchange person-to-person, I’ve done my research into how far I trust it, and I’m now the proud owner of a new Bitcoin wallet.

And although I’ll still sell music through iTunes, I will also now offer music directly by donation through Bitcoin.

Listeners are welcome to donate Bitcoin to my wallet at 1312WbrqzbASi2Td5Vb1u4w6s9gFazgpx3 and then email to ambientpeace@yahoo.com to let me know which Mp3(s) they would like sent to their email address, or to an address of their choice as a gift.

Thank you for the encouraging feedback I’m receiving for the music, articles and 3 Minute Gold News. I feel very strongly about these issues. I care very much about how we’re all doing. For more on my views please see Thoughts.

I appreciate the teachings of Jim Rickards, Mike Maloney, Jim Sinclair and Jim Rogers, and look forward to doing the next synopsis. Each one takes at least four hours to complete, proof and publish online. I encourage you to purchase their books and to follow their individual sites and twitter accounts.

I hope to add to the list of interviews soon, with an eye on Max Keiser. Please let me know if there is a specific author or specialist you are interested in reading in synopsis form, so I can perhaps bring awareness of their work. I know I watch Max Keiser’s show, The Keiser Report, and watch many episodes multiple times. He has brilliant insight that usually takes me a few passes through to catch.

As this develops, the 3 Minute Gold News plans to provide an overview of relevant information from various teachers and sources, with brief quotes from specific specialists each day as events unfold, easy and quick to read, with links to the sites, books, videos and interviews. I’d like to do the synopsis with links to simple explanations of economic principles for the new and non-economics who could be helped with the information. Donations towards this are not expected but would certainly be appreciated.

It’s an interesting world we live in. The idea of being part of a community that cares and helps to make the world better as change accelerates really makes me happy.

It’s a game of Coins and Crowns.

Coins and Crowns
words and music Elaine Diane Taylor
©2013 Intelligentsia Media Inc. All rights reserved.
SOCAN/ASCAP
from the album Coins and Crowns. Available from iTunes and now through Bitcoin.